Former Australian fast-bowler and one of the most recognisable characters in world cricket, Merv Hughes, has been inducted into the Australian Cricket Hall of Fame.

An integral part of Australian cricket’s return to the top of the Test Cricket rankings, Hughes’ career spanned 53 Tests and 33 ODIs for Australia from 1985-94, taking 212 Test wickets at an average of 28.38.

His career-best figures of 8-87 against the West Indies at the WACA in 1988 included the final wicket of a hat-trick spread across three separate overs, two innings and two different days. It was the first ball of what would be a big-hearted effort to hold up the frontline pace attack single-handedly after losing his opening partner Geoff Lawson to a broken jaw. It is a performance that illustrates a man who gave everything for his country when called upon.

A Wisden Cricketer of the Year 1994, Hughes also represented Victoria, Essex, and the ACT over a First-Class career spanning 14 seasons. He first came to the notice of State selectors in the late 1970s through his performances playing premier cricket for Footscray at a ground that would one day bear his name. In 2005, Hughes became a selector for the Australian cricket team, a role he would hold through until 2010.

While Hughes’ statistics alone speak to a great career, it is difficult to view his impact and influence on the game on statistics alone. Standing at 6’4” in the old-scale, Hughes was an Australian cricket cultural icon.

His bristling handlebar moustache, menacing run-up and displays of affection for his teammates made him a favourite for a generation of cricket fans. The affection for Hughes was most fondly manifested when fielding at fine-leg in front of the fans in the then Bay 13 at the MCG, who would imitate his warm-up stretches en-masse.

Hughes’ influence on the game goes beyond showmanship – he was a cricketer and a character that drew people to cricket and made them love the sport. And underneath it all, he is a deep-thinker of the game who continues to be a mentor to future generations. 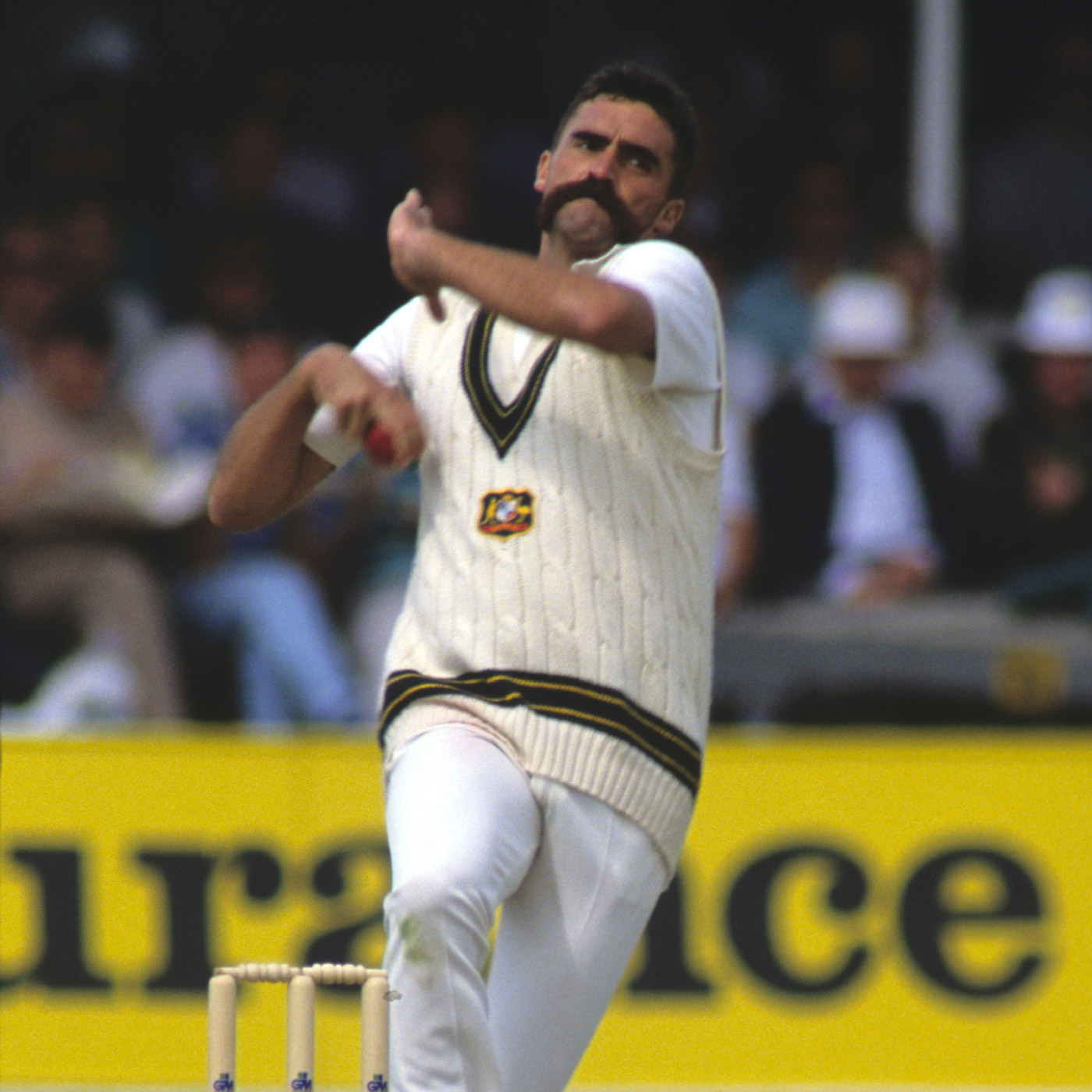 “Merv Hughes was an icon of the Australian summer for so many of us, a larger-than-life personality, a wonderful international cricketer, an ambassador for the sport and a deserved inductee into the Australian Cricket Hall of Fame," he said.

“A lion-hearted competitor, Merv boasts a proud career for Victoria and Australia in the Test and One Day International arenas, paving the way for an incredible era of Australian cricketing dominance.

“Even as synonymous as his on-field record, Merv will be forever remembered as a fan-favourite and his iconic warm-ups close to the boundary, especially at the MCG, that prompted bays of spectators to join in with him at stadiums all over the country.

“He has left his legacy on the sport in post-career mentorship with modern-day teams, administrations roles as a National Selector and the heartbeat of Australian cricket. The Australian Cricket Hall of Fame is delighted to recognise Merv Hughes.”

“A thoroughly deserved accolade for one of the most wholehearted cricketers of the 1980's and 90's. A fine fast bowler – quick and nasty in the best traditions of the breed," he said.

“Merv gave it everything he had on the field, from the first ball to the last. You certainly knew you were in a contest if you were playing against him and you had a teammate prepared to deliver an absolute 100 per cent effort if you had him on your side.

“In the changeroom, he had a well-deserved reputation as a complete pest - but notwithstanding - he was someone who made that place a significantly better place to be. Congratulations Merv, on this wonderful honour.”

“Merv Hughes is an Australian sporting legend who was one of the greatest bowlers to have played our national game," he said.

“He gave everything he had to try and help his team to win, coupled with his enthusiastic theatrics on the pitch and his love for the game he will always be warmly remembered as the big-hearted fast-bowler and larrikin who demolished batting line-ups all over the world.

“I couldn’t think of a more well-deserved inductee into the Australian Cricket Hall of fame, who now joins an elite group of individuals who have given so much to the game we all love.”

About the Australian Cricket Hall of Fame

The Australian Cricket Hall of Fame was first proposed by the Melbourne Cricket Club in 1995.

With the support of Cricket Australia and Cricket Victoria, the Hall of Fame was officially opened by the then Prime Minister of Australia, the Honourable John Howard MP in 1996.

The selection philosophy for the hall of fame focuses on the players’ status as sporting legends in addition to their outstanding statistical records.

All inductees must have been retired from international cricket for a minimum of five years to be eligible for selection.

An inaugural group of ten players were inducted in 1996, and a further 44 players have been welcomed since.

The Australian Cricket Hall of Fame is located within the Australian Sports Museum at the MCG where fans can view inductees on an interactive display.


Banner image: Merv Hughes does his warm up exercises in front of a crowd at the B&H World Series Cricket 1st Final against the West Indies on 14th January 1989 at the Melbourne Cricket Ground. Photo by David Cannon/Getty Images